My Story for Epilepsy Week 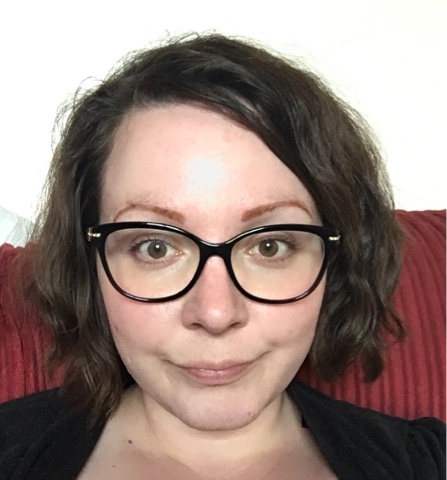 This week is Epilepsy week, as the title of this post suggests.  It began rather aptly yesterday, on my birthday.  (Happy birthday to me, happy birthday to me etc.) Epilepsy week is there to encourage awareness, not just to say that epilepsy is a thing and it exists or to make sure people know how to correctly deal with a seizure, it’s also there to encourage people, like me, to share their stories.

Epilepsy is often invisible until you witness it.  People with it are seemingly "normal" until they have a seizure.  It can then be very frightening.  This week is also Mental Health Awareness week.  Another group of brain based issues that are invisible until you witness them.  They can also have the potential of being very frightening.  Why am I making this link?  Because the two are often interlinked and because I want to do what both of these weeks are asking people to do and that’s to share my story.

I’ll start at the beginning, like all good stories do.

Once upon a time, there was a girl.  She was in her mid-teens at an all-girls school and was having a very ordinary day, much like any other.  It was a Chemistry lesson held in a lab, the kind with high stools, even higher work benches and Bunsen burners.  The girl was a little bored, as she often was in Chemistry.  Other than that, there was nothing really notable about that day or that lesson.  What she didn’t realise is that day was going to be pretty life changing for her.  She didn’t know that before that lesson ended she would fall from her stool, hit her head on the bench and end up in hospital.  When it happened, the deputy head teacher believed the girl was having a heart attack.  She wasn’t of course, or this story would be being told in completely the wrong awareness week.  She was having her first seizure.

The girl was diagnosed with epilepsy as that seizure was later followed by more.  Luckily, she was sent to an experienced consultant and after a few test runs with different types of drugs, including one that actually made her far worse, she joined a trial programme for a medication that was new the market.  That drug, Levetiracetam (one that she would spend a further 16+ years unable to say or spell with a degree of confidence), along with carbamezapine, would get things under a degree of control for the girl.  Although because no one really knew what was wrong with her, the girl's seizures were never really brought under control.

After getting out of hospital the girl was frightened.  She’d been "normal" up until that point.  She’d had lots of friends and was worried what people would think, and worse, say about her.  When she returned to school the girl happily found that it was as if nothing had happened at all.  Her friends were still her friends.  And even if people thought differently about her, nobody said anything.  It carried on that way throughout school.  The girl's friends were always there for her, picking her up (sometimes literally) and always making sure she continued to feel "normal".

Over the years however, that seemed to change.  The girl noticed a pattern.  As she grew older, the people around her grew somehow less accepting.  Of course, that wasn’t a universal thing.  Those who mattered most to her were still brilliant, but there was a definite shift in how some people treated her.  Responsible adults were the first she noticed.  At school she was often spoken about and not to.  She was supported through her GCSEs and A-Levels by being segregated into a small room.  She was told this was to allow her to feel more relaxed and less pressurised by the exams, but she knew it was mostly to make sure the other children weren’t disturbed should anything happen.  She understood, but it didn’t make it feel any better.

At 18 the girl went to university.  She was more frightened by that change than she’d been in her entire life.  In that first week, people chose their friends and she wasn’t sure people would want to have much to do with her.  As she always did, she told people without any shame.  After all, there was no shame in it.  The girl noticed however, that several people who had been speaking to her beforehand never really spoke to her again.  Some even went out of there way to avoid being in the same vicinity as her.  Maybe it was just coincidence.  But it didn't feel that way.  The faculty didn't seem much better.  Despite exams and pressure being huge triggers for her seizures, there were no considerations made.  Each exam she took was terrifying as she sat there, imagining a repeat of her maths GCSE when she fell from her chair and had a seizure in front of the entire year.  In truth, the girl was very glad when university was over.  She didn't go to her graduation.  Afterall, what would people think if something happened?

As she got older, the girl’s epilepsy changed.  Her grand mal seizures grew less frequent, but instead her epilepsy manifested itself in zoning out, incredible forgetfulness at times and extreme nightmares.  The invisible illness was suddenly even more invisible than it had been before.

When she started work the girl encountered the world of health and safety.  It required her to tell her employers that she was a risk.  Mostly to herself, but a risk nonetheless.  The girl didn’t understand why she had to make it so public, as often nothing came of it.  She was lucky with the people she worked with.  The girl was part of a series of teams who were incredibly supportive and understanding.  Despite this, the girl noticed that the older she became, the worse it became to actually tell people “I have epilepsy.”  What was once a reaction of “oh ok, so… what do I do?” became reactions varying from being intimidated, worried, or hyper-politeness to facial expressions that can only be described as “Liar.”

The world of work and epilepsy became one she genuinely worried about.  It often felt shameful to tell people; full of nervous smiles and trying to reassure that she wasn’t going to drop dead in front of anyone.  The girl realised that sometimes people didn’t understand, or perhaps didn't want to understand.  Why should they, she wondered.  It’s not like it’s their problem after all.  Everybody comes to work to do their stint and make some money, not worry that someone around them is going to leap from their chair, head butt something and then pass out in a puddle of wee on the floor.

The girl sufferred depression for the better part of a year.  She felt ashamed.  She just couldn’t answer the question “Why don’t you just tell us when it happens?” in a way that seemed to satisfy.  She explained that her brain can’t think in that way when a seizure takes hold.   It can’t make her say it’s concerned.  It can’t make her articulate that it’s struggling and not working in the way it should.  It can't ask for help.  It just reacts.  And often, that reaction doesn't produce a sensible outcome.

The girl didn't look “ill”.  She didn’t behave “ill”.  She obviously wasn’t “ill”.  At least, that’s how it felt to the girl.  A combination of epilepsy and depression set in.  Constant exhaustion from dreading what each day would bring, knowing that she would forget words, that she wouldn’t be able to explain things without having to stop mid-sentence to remember what she had been talking about and that even though she’d asked for help, there was no real help available.  Boxes had been ticked to say help was offered.  Job done.  The girl considered leaving her career for the first time in her life purely to avoid the humiliation of not being able to help people understand her better.

That feeling of shame lifted over time.  But the niggle was still there at the back of her mind as a constant reminder that every time she meets someone new she has to say to them “I have epilepsy.” and then pray the reaction would be somewhere between interest and not being bothered by it.

That sentence “I have epilepsy.” is much like “I have depression.”, “I have anxiety.”, “I have <insert mental health issue here>.”  It can take a hell of a lot of bravery to say out loud and it can receive a wide variety of reactions.  There is a saying is that children are cruel.  In my experience, as the girl who has had to say “I have epilepsy” several hundred times, is that adults can be far worse.  Kids don’t care.  They either ask questions or they just get on with it.  Adults judge.  It is a horrible, horrible feeling to know that each time you say those words there is a possibility the person in front of you can suddenly think of you in a very different way.

I keep hoping, of course, that that won't happen.  I believe that while adults judge and can be far worse than children, it's not fair to tar people with the same brush if they haven't even been given a chance.

So, that's my story.  There's plenty more to tell and if you want to know more, this week is a good week to do so.  You can visit places like https://www.epilepsy.org.uk/info/what-is-epilepsy or pop onto Twitter and search for #epilepsyweek

Get Me Delivered to your Inbox!